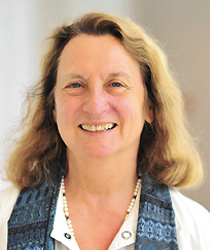 Phenomenon could lead to improved oil spill remediation and provide a source of clean energy.

Elaine Oran Elected to American Academy of Arts and Sciences

Oran is one of two UMD faculty members elected to the academy's 2018 class.

Drs. Michael Gollner and Elaine Oran will lead the effort.

The Blue Whirl: Clark School Research in the News

A team of researchers in the A. James Clark School of Engineering say their discovery of a type of fire tornado they call a blue whirl could lead to beneficial new approaches in reduced carbon emissions and improved oil spill cleanup.

Dr. Elaine Oran has joined the Department of Aerospace Engineering as a Glenn L. Martin Institute Professor of Engineering.