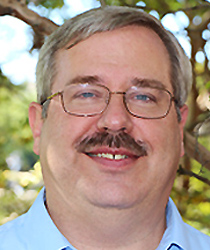 After its successful launch Dec. 25, Webb is well on its way to full deployment and the start of its mission.

The undergraduate and graduate teams both won the Vertical Flight Society student competition.

Undergraduate and graduate student teams from the Clark School took top honors in an international competition.

University of Maryland students are competing against 11 teams in the second Collegiate Wind Competition.

Baeder Honored as 2010 Engineer of the Year

Professor James Baeder is the National Capital AIAA Engineer of the Year!