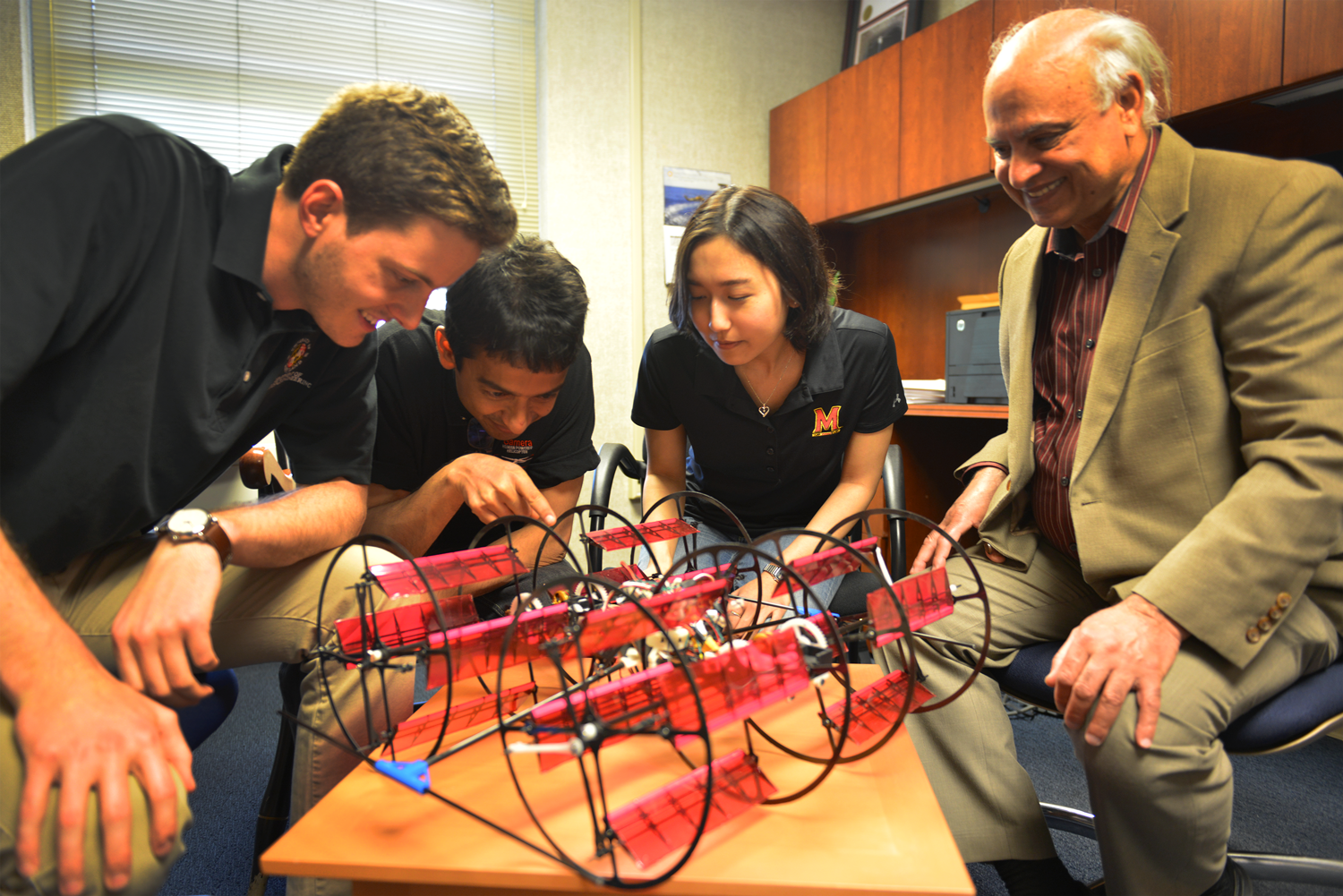 For more than 60 years, the Department of Aerospace Engineering at the University of Maryland has fostered excellence in undergraduate and graduate education while advancing research that pushes the boundaries of aeronautical and astronautical engineering. We are expanding opportunities for hands-on learning, encouraging participation in student competitions, and recruiting the best and brightest students.

Giving to the Department of Aerospace Engineering will help create more of these educational and research opportunities for our students and faculty members. These unique opportunities, combined with the accomplishments of our in-demand graduates, continue to propel the department forward.

The generous support of alumni, parents and friends allows the Department of Aerospace Engineering to provide graduate awards to attract the strongest candidates, discretionary funds to support undergraduate and graduate student research, and scholarships to increase college access and affordability.

Join us by supporting a program that you feel passionate about! Your contribution can have an impact on a student today and far-reaching impacts for tomorrow.

To recognize the many benefits alumnus Dorian DeMaio (’68) received from his Maryland education and the inspiring instructors whose focus on academic studies, experiment, and design projects provided an excellent foundation for his future work, he established the DeMaio Scholarship in Aerospace Engineering in 2021.

“Maintaining our leadership in aerospace and space technology is important to me and I hope there are many future ambitious engineering projects to inspire later generations.” said DeMaio, who wants to motivate UMD students to become global leaders in the field. “I also wanted to find a way to honor all of the professors who were very impactful on me while I was at school.”

In 2022, DeMaio renewed his commitment to the fund which will support six additional student scholarships this fall.

END_OF_DOCUMENT_TOKEN_TO_BE_REPLACED

Gifts to this fund support the educational and research needs of undergraduate students. As students constantly pursue new ideas and innovations, this fund helps to seed projects, present awards, host inspiring industry speakers, send students to conferences, and other opportunities as they arise.

In the past, this scholarship has supported projects such as: a docking system for a small free-flying robotic vehicle; the development of an exoskeleton for a spacesuit glove; and an integrative visor display technology for space exploration.

Currently, the spendable income from this fund supports one student per summer. Additional contributions will help to build the endowment to enable more students to explore, innovate, and grow the knowledge base of the field. 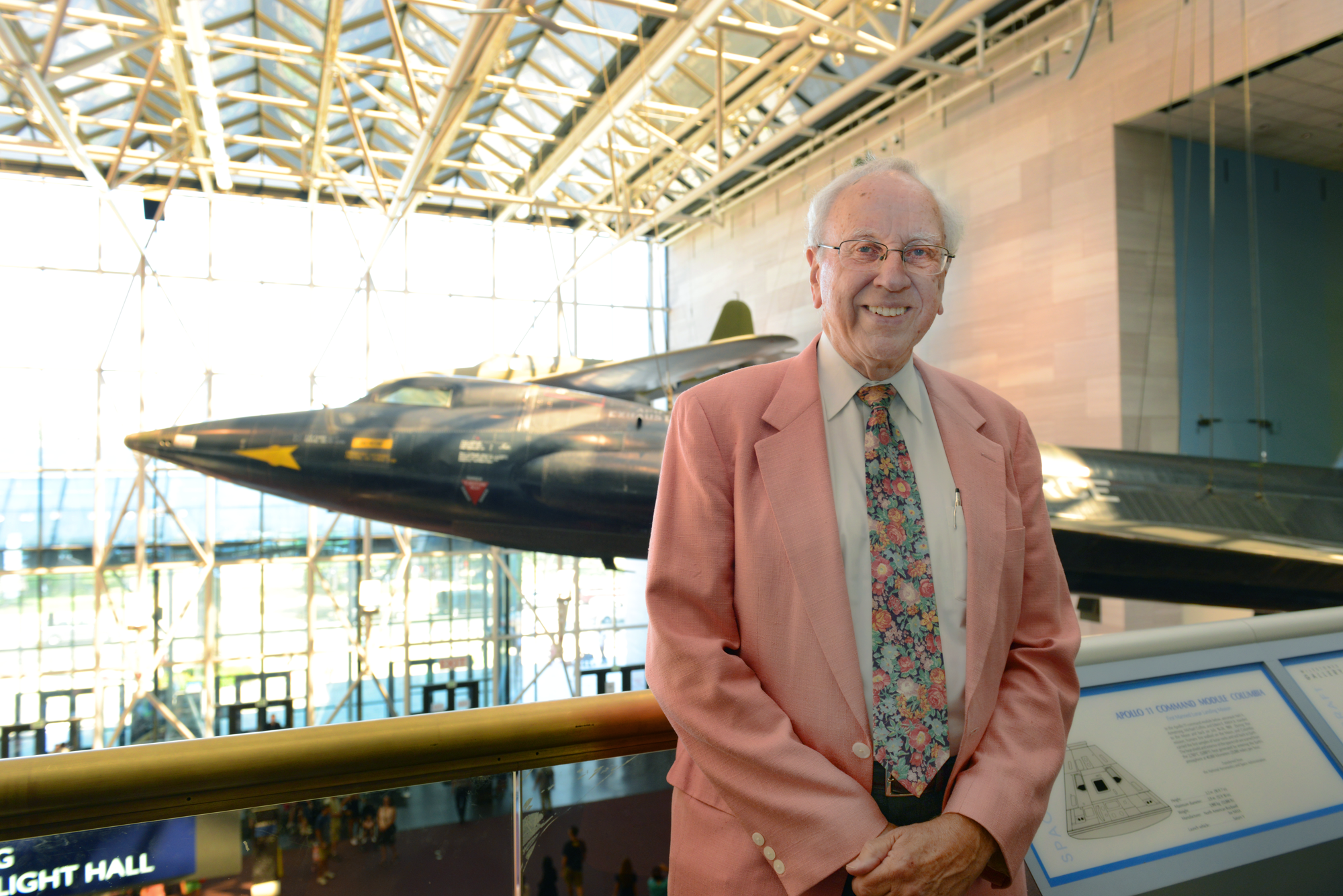 The Aerospace Payload Program aims to provide students easy access to “near-space” through the use of weather balloons to lift small payloads to the edge of the atmosphere (85,000-100,000 ft. altitude). Every fall more than 30 first year aerospace engineering students undertake a balloon payload project. Maryland is one of only a small number of universities nationwide to successfully launch and track so many balloons. Since 2003, the program has launched more than 90 balloons. Students engineer every aspect of the launch program from payload design and construction to vehicle launch, recovery and post-flight data analysis. Developing the projects requires students to learn skills in a variety of different areas—such as electronic circuits, thermal design, structures, sensors and 3D-printing—as well as teamwork to pull off the final project.

Aerospace Engineering-affiliated student organizations offer our students the opportunity to put their technical and collaborative skills to the test, while building important relationships with other students, faculty, industry, government agencies, and national professional associations. Many of our alumni cite their involvement in these groups and teams as a critical part of their hands-on educational experience that distinguishes them from their peers.

Your gift will provide flexible, discretionary resources to support the activities of these groups and teams.

Top scholars help to define a university’s reputation and quality of research. This fund provides fellowship support for graduate students to attract the most competitive applicants to the Department of Aerospace Engineering. Talented students are crucial to our work in advancing the field, securing notable research grants, and garnering global recognition for our cutting-edge innovations.

Beyond Aerospace Engineering, Fearless Ideas: The Campaign for Maryland—the University of Maryland's most ambitious fundraising campaign to-date—focuses on elevating and expanding our mission of service, enhancing our academic distinction, and bolstering a leading-edge research enterprise that has the power to improve the lives of millions. Fearless Ideas fuel our continued ascent as a world-class public research university through: