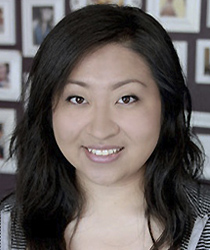 Huan Xu is jointly appointed in the Institute for Systems Research and the Department of Aerospace Engineering. She received her S.B. degree in mechanical engineering and material science from Harvard University in 2007, M.S. and Ph.D. in mechanical engineering from the California Institute of Technology in 2008 and 2013, respectively. Her doctoral work focused on the use of formal methods and timed specification languages in the design and analysis of large-scale, complex, distributed control systems.

From extreme batteries to windows made from wood, Clark School’s trendsetting work ranks it among the country’s Top 10 public engineering schools for the 3rd consecutive year.

A national search has been initiated for a new Dean of the A. James Clark School of Engineering.

'TurboTerps' flew their drone autonomously through a set of gates, completing 14 runs in 4:42.

Joint project aims to design an air taxi that could “hop” from Baltimore to D.C. in 15 minutes.

The team competed at the 2018 IEEE International Conference on Intelligent Robots and Systems in Madrid.

The "Maryland Paratroopers" team included students from the A. James Clark School of Engineering and the Department of Computer Science.