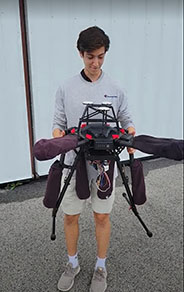 “I like the idea of working on something that I find interesting, and that isn’t necessarily part of an existing project being led by a faculty member,” he said. “But as an undergraduate, it’s not easy to find such opportunities.”

“After all, we’re not really engineers yet,” he said. “There’s a lot we don’t know.”

The summer internship program at the University of Maryland’s UAS Test Site jumped out at him for exactly that reason. The program allows students to pick their own projects and spend the summer developing and testing their ideas, with the assistance of Test Site staff and a faculty member.

“It’s the closest you’re going to get at this stage to being able to choose your own research topic and run with it—and have experts there to back you up.”

Harris  used the internship to test his ideas for a targeting system that could be used by a drone to point its antennas either towards the sun or a ground station. It’s one step, he said, in a larger plan to develop a high-altitude pseudosatellite—in effect, an ultra-high-altitude drone—that can fly for very long periods of time, using a combination of solar power and wireless power transfer from ground stations. His mentor for the project was aerospace engineering assistant professor Michael Otte.

Meanwhile, the concepts developed by fellow interns Jeriel Cortes and David Fitzgerald were no less innovative. 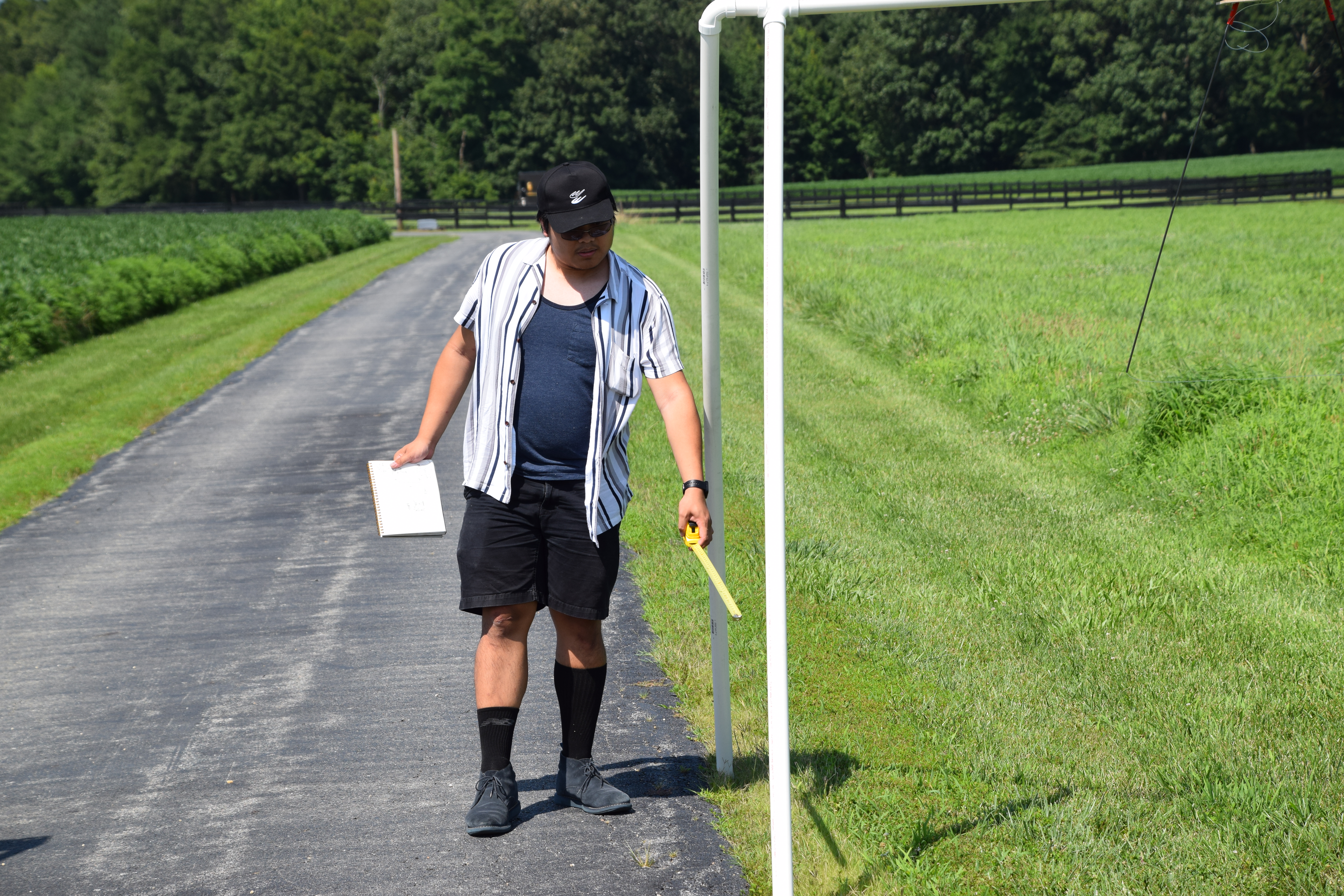 Cortes, a junior in aerospace engineering at UMD, focused his efforts on search and rescue ops, developing and testing a system—dubbed Project Fisherman—in which a small, multi-rotor drone is able to dock at a larger mothership when needed, thus extending its range and endurance. As he explains, "the mothership flies to the point of interest and then deploys the multirotor, which does whatever it needs to do–for example, delivering food or medical aid to a person in distress. The rotorcraft then flies back to the mothership, where it can be recharged for subsequent tasks.”

During the summer, Cortes worked primarily to develop the methods by which the mothership would capture the smaller drone. The mechanism involves use of a sky hook to successfully capture the multirotor during windy conditions—thus the name Fisherman. Cortes’ mentor was UMD associate professor of aerospace engineering Mumu Xu. 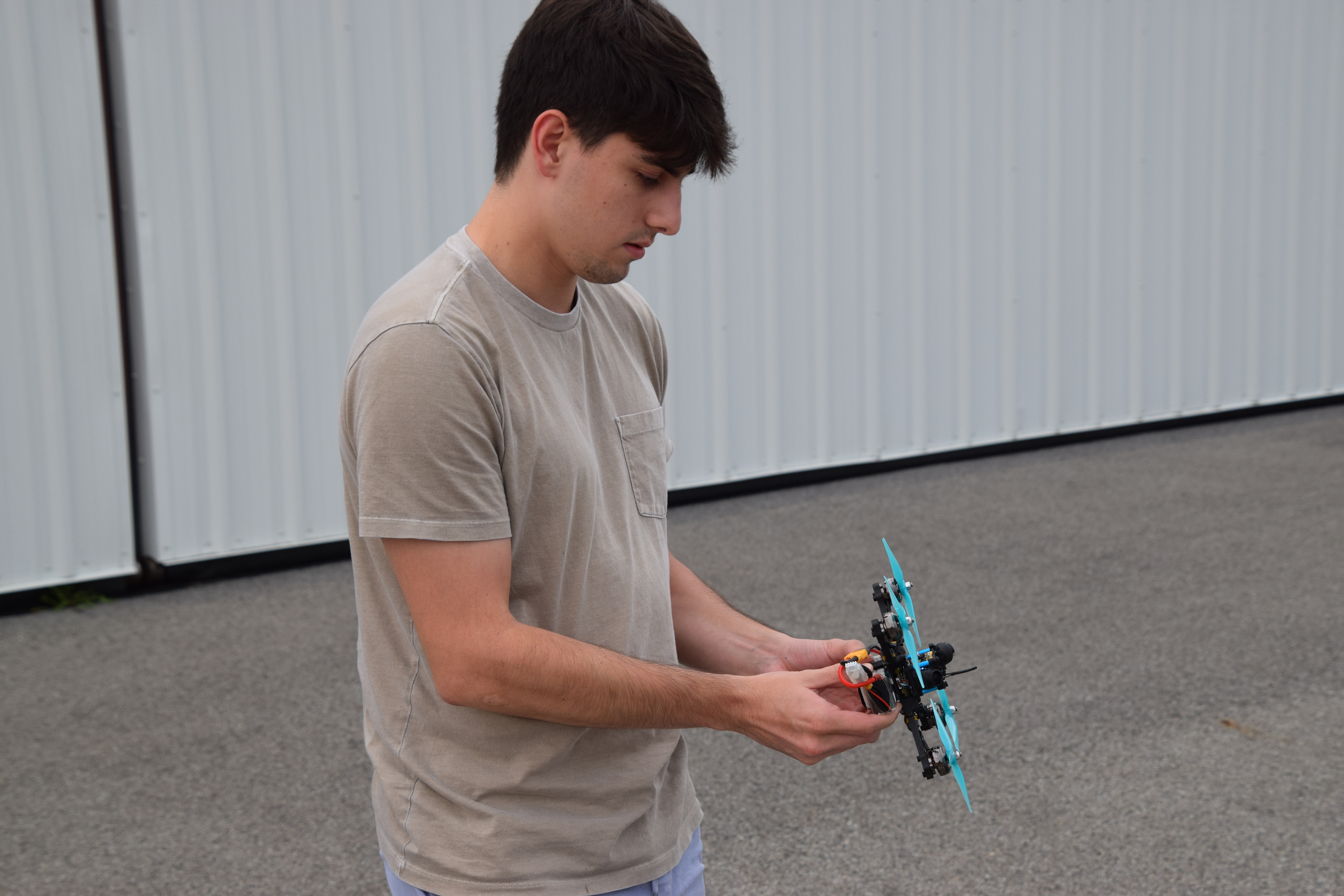 David Fitzgerald, a junior in mechanical engineering at Purdue University, developed what he calls a “SnapDrone”—essentially, a racing drone that consists of two magnetically connected modules and an integrated circuit board In the event of a collision, splits into two discrete sections, thus mitigating the damage and increasing repairability. In prototyping his SnapDrones, Fitzgerald was able to make use of equipment–including a water-jet cutter and other fabrication tools–available at the University System of Maryland-Southern Maryland’s newly-opened SMART Building, located just down the road from the Test Site. “I’m the first intern who has had the opportunity to utilize these facilities,” he said. His mentor was James Goppert, managing director of Purdue’s UAS Research and Testing Facility.

Although they have finished their internships and returned to their home campuses, Cortes, Fitzgerald, and Harris plan to build on what they have accomplished so far. All three students were selected to receive additional funding and support from the Test Site as they continue to refine their projects during the school year.