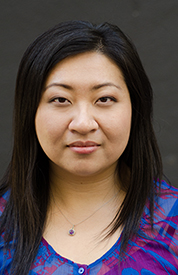 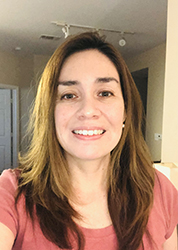 An assistant professor in the aerospace engineering department, Xu has led development of the AIFMS through a partnership with Millennium Engineering and Integration Company, LLC, a wholly owned subsidiary of QuantiTech, LLC, under the auspices of the Maryland Industrial Partnerships (MIPS) program. MIPS provides grants that help companies utilize university research in support of their research and development goals.

Castano, who earned her doctorate in aerospace engineering from UMD in 2015 and now runs the UAS program at Millennium, has led the practical implementation of the system, including through flight demonstrations designed to assess its capabilities.

In December 2020, the U.S. Army tested the system at its base in Ft. Leonard, Missouri, with successful results.

Two unmanned aircraft were flown into the path of an AIFMS-equipped drone, which detected the collision risk and veered away to avoid it. The exercise was repeated from multiple angles, with the system proving to be reliable each time.

Capabilities of this kind are crucial to enabling integration of unmanned aircraft into the national airspace, the AIAA noted as it announced the awards.