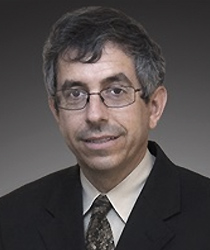 Lewis celebrated as the longest serving Chief Scientist in the history of the Air Force.

Jeremy and Levi were admitted into the 2013 Future Faculty Fellows program.

The AIAA has selected Dr. Mark Lewis as its President-Elect.

Dr. Mark J. Lewis continues to push for innovation and advancement in hypersonics

Professor Lewis and alumni Tischler and Griffin have been presented with AIAA awards.

Aerospace fellowship to begin in fall 2007