Wake behind offshore wind turbines can persist for several turbine diameters, which means that decreasing the distance between turbines increases wake-turbine interactions and decreases the efficiency of downstream turbines. Klimchenko's work looked at evaluating three types of blade-mounted structures that could help to speed up the dissipation of wake from an offshore horizontal axis wind turbine. According to her abstract, "implementing blade mounted devices on the blades of a wind turbine can induce mixing into the tip vortex core, which causes the breakup of the tip vortices and quicker wake dissipation." Determining which structures are most effective at dissipating wake could help improve efficiency and optimize off shore wind farm energy harvest. 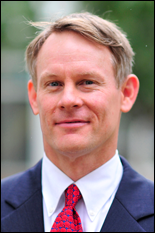