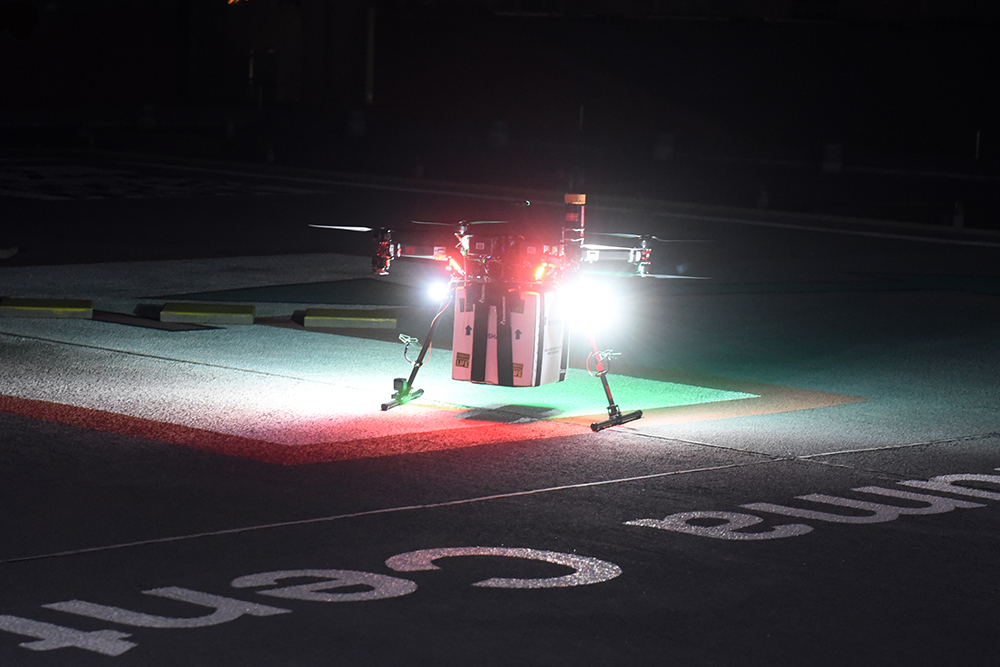 University of Maryland (UMD) unmanned aviation pioneers have won a high-profile award from the Association for Unmanned Vehicles Systems International (AUVSI) for a historic April 2019 flight that resulted in the first-ever delivery of a viable organ for transplant. 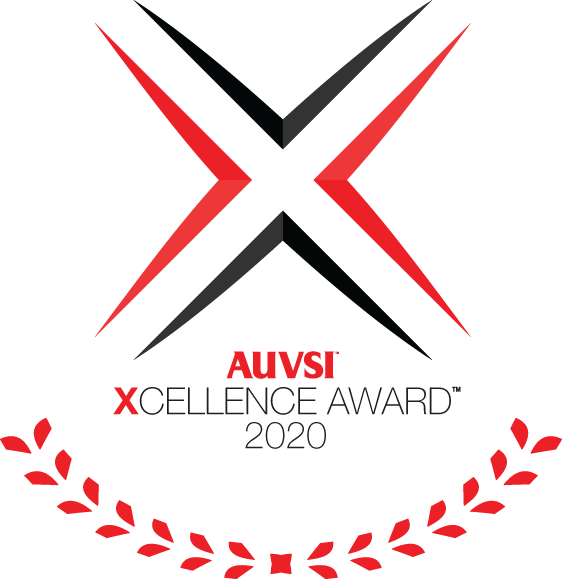 AUVSI announced the winners of its annual XCELLENCE Awards on Wednesday (September 30), naming the UMD Unmanned Aircraft Systems (UAS) Test Site, which carried out the organ flight in collaboration with the University of Maryland School of Medicine (UMSOM) and the University of Maryland Medical Center (UMMC), as a winner in the Humanitarian and Public Safety category.

“We are excited by this recognition,’ said Matt Scassero, director of the UMD UAS Test Site. “AUVSI continues to provide valued support for innovations that advance the UAS industry and bring measurable benefits to individuals and communities.”

The UMD UAS Test Site was selected from a pool of accomplished applicants as one of six winners for the Humanitarian and Public Safety Awards, sponsored by DJI for the third consecutive year. Winners will be announced during the keynote session on Thursday, October 8 during AUVSI XPONENTIAL 2020.

The award-winning mission was conducted in the small hours of April 19, 2019 as a specially designed unmanned aircraft—equipped with eight rotors, multiple powertrains and an emergency parachute system—took off from a location in West Baltimore. It then flew across downtown Baltimore to deliver a kidney to surgeons at UMMC, who conducted a successful transplant operation.

The idea of such a flight was conceived by Dr. Joseph R. Scalea, associate professor of surgery at UMSOM and a transplant surgeon at UMMC, and subsequently became a reality through collaboration between the UMD UAS Test Site, UMSOM, UMMC, UMD’s department of aerospace engineering, and a donor organization, the Living Legacy Foundation.

Conducted after months of research and testing, the successful flight represented a breakthrough that could jumpstart efforts to bring about safer, more reliable organ delivery through the use of UAS, as companies develop the approach further. Earlier this month, Baltimore-based MissionGO announced it had flown an organ via UAS for a distance surpassing the 2.8 miles achieved by UMD and UMMC in the earlier flight.

“The Humanitarian and Public Safety Awards demonstrate the profound ability of the recipients to positively impact lives through unmanned systems technology and create tremendous good will for our industry” said Brian Wynne, president and CEO of AUVSI. "We proudly recognize the six winners and hope their accomplishments will serve as an inspiration to utilize UAS to accomplish remarkable achievements for our society, which during a global pandemic is needed now more than ever.”

This year’s AUVSI XCELLENCE Award winners highlight the most inspiring ways drone technology has been used over the past year to aid people, animals and the environment,” said Wayne Baker, Director of Public Safety Integration at DJI. “Behind each winner is a dedicated team of professionals whose creativity, ingenuity and perseverance serves as an inspiration to the entire AUVSI community. We applaud them for their outstanding commitment to innovation, as well as creation of standards, and are pleased to see these awards highlight the positive role drone technology plays all over the world.”

The AUVSI XCELLENCE Awards honor innovators with a demonstrated commitment to advancing autonomy, leading and promoting safe adoption of unmanned systems and developing programs that use these technologies to save lives and improve the human condition.

About the UMD UAS Test Site
The Unmanned Aircraft Systems Test Site at the University of Maryland's A. James Clark School of Engineering stands at the forefront of UAS rulemaking, commercialization, and national airspace integration. Formed in 2014, test site experts leverage their experience in military and civilian aviation, engineering, and project management to accelerate the safe, responsible application of UAS in public and private industries.

About AUVSI
The Association for Unmanned Vehicle Systems International (AUVSI) — the world's largest non-profit organization dedicated to the advancement of unmanned systems and robotics — represents corporations and professionals from more than 60 countries involved in industry, government and academia. AUVSI members work in the defense, civil and commercial markets. For more information, visit AUVSI.org.

About DJI
DJI, the world’s leader in civilian drones and aerial imaging technology, was founded and is run by people with a passion for remote-controlled helicopters and experts in flight-control technology and camera stabilization. The company is dedicated to making aerial photography and filmmaking equipment and platforms more accessible, reliable and easier to use for creators and innovators around the world. DJI’s global operations currently span across the Americas, Europe and Asia, and its revolutionary products and solutions have been chosen by customers in over 100 countries for applications in emergency response, filmmaking, construction, inspection, agriculture, conservation and other industries.

About AUVSI XPONENTIAL
AUVSI XPONENTIAL is the largest, most significant event for the unmanned systems industry. The 2020 virtual event will showcase hundreds of cutting-edge companies from around the world and feature educational programming by unmanned systems experts, providing information about the future of policy, technology and business solutions.

Do Good Robotics Symposium to explore technologies that benefit...