The Department of Aerospace Engineering would like to congratulate all of this year’s departmental honors and awards recipients recognized for their outstanding scholarship and commitment to service and leadership.

The Gessow Academic Achievement Awards recognizes those graduating seniors in the department who have attained the highest overall academic average.

The Robert M. Rivello Scholarship Award and the Joseph Guthrie Memorial Scholarships recognizes juniors in the department who have attained the highest overall academic average.

The American Institute of Aeronautics and Astronautics Outstanding Achievement Award recognizes the student who has made the most outstanding contribution through scholarship and service to the student branch and the department.

The Department of Aerospace Engineering Chair's Award recognizes the student who has made the most outstanding contribution through excellence in academics and outstanding service and leadership to the department.

The Women in Aeronautics and Astronautics (WIAA) Award recognizes the student who has made the most outstanding contribution through scholarship and service to the WIAA organization and the department.

About this Year's Awardees 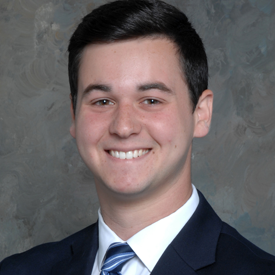 Eric Greenbaum is a senior with a 3.99 GPA. He is a member of the University Honors Program and has completed internships with Northrop Grumman and Bell Helicopter. In addition, he was the Powertrain Mechanical Design Lead on UMD Loop. Greenbaum is currently completing research on the feasibility of orbital maneuvers of an autonomous spacecraft orbiting Enceladus, one of Saturn’s moons. He is teaching fellow for the Space Flight Dynamics course and an active Clark School Ambassador. He has been accepted to the University of Maryland (UMD) for graduate school to begin his M.S. 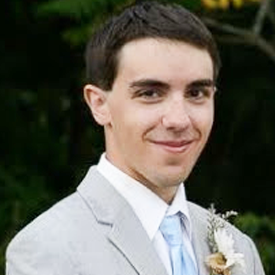 Zach Lachance is a senior with a 3.99 GPA. He is a member of both the University Honors Program and the Aerospace Honors Program. He is also the lab director, and a researcher, for UMD NearSpace, a weather ballooning research team. He has been a teaching fellow for the Keystone Program’s thermodynamics course, a volunteers mentor for the Introduction to Aerospace Engineering class project, and a calculus II tutor. After graduation, he plans to pursue a career in space exploration. 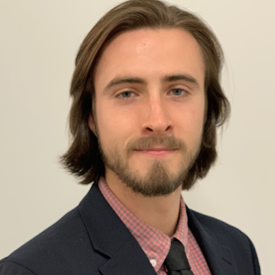 Ian Down is a junior with a 3.985 cumulative GPA. He is a member of the Aerospace Honors Program and is currently working on his honors thesis on structural connectors and their application to in-space assembly in the Space Systems Laboratory. He has completed the First Year Innovation and Research Program (FIRE) in the Autonomous Systems Stream, working on autonomous plant pollination payloads and deployment strategies for commercial drones. He is also a member of UMD Men's A Club Ultimate. 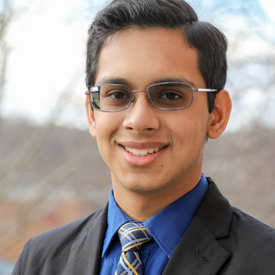 Niloy Gupta is a junior, double majoring in aerospace engineering and mathematics, with a 4.0 GPA. He is an alumnus of the Entrepreneurship and Innovation Honors Program and was on the ex-ABC undergraduate research project where he developed the flight systems for a novel, fixed-pitch, electric, coaxial helicopter. He is an officer for both the Tau Beta Pi and Sigma Gamma Tau engineering honor societies, serving as both the webmaster and public affairs officer. Gupta is also a member of UMD's Design Build Fly competition team and currently doing research on active flow control devices. 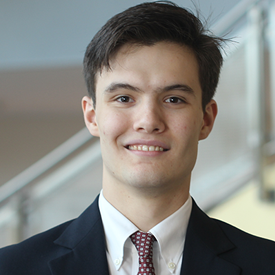 Kyle Spawn is a junior with a minor in Russian Studies. He is a member of the University Honors Program and the Aerospace Engineering Honors Program. Kyle has participated in multiple on-campus activities, working on the UMD Terrapin Rocket Team and Flight Club, as well as taking part in honors research. He has previously worked as a teaching fellow for the aerospace engineering department, and as an intern for FlightSafety International. He is pursuing his passion for aviation outside of the classroom by working on earning his private pilot certificate. 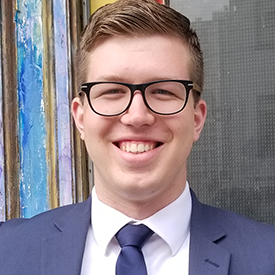 Quinn Kupec is a senior aerospace student. He is the chair of the UMD student chapter of the American Institute of Aeronautics and Astronautics (AIAA) and has been involved with the group for the last four years. Kupec conducts research with the NearSpace Balloon Payload Lab on ultra-low ballistic coefficient entry decelerators. Additionally, he is a Clark School Ambassador and was part of the Virtus Program. Currently, he works part-time at a.i. solutions Inc. on their Drone Systems program. 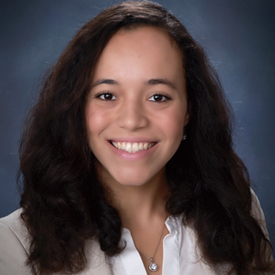 Julia Mittelstaedt is a senior aerospace engineering student. She is the president of Women in Aeronautics and Astronautics (WIAA), an ARCS Lockheed Martin Scholar, and a member of the University Honors Program. She performs research in the Rotorcraft Center's Tilt Rotor Lab under Dr. Anubhav Datta. Currently, Mittelstaedt is competing in the Vertical Flight Society's 37th Student Design Competition, tasked with designing Leonardo's Aerial Screw. She has interned with Sikorsky in Stratford, Conn. for the past two summers and recently accepted a position as a Structural Analyst under their Future Attack Reconnaissance Aircraft (FARA) Program. 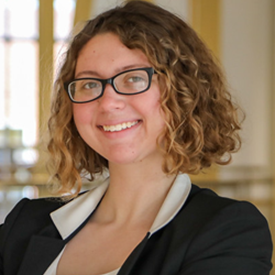 Amanda Wilmot is a senior with an international engineering minor. She is a member of the entrepreneurship and innovation, engineering, and Aerospace Engineering Honors programs. Wilmot is currently an engineering senator, the Sigma Gamma Tau National Aerospace Honor Society Initiation Officer, and an AIAA Design, Build, Fly sub team lead. She has been the Women in Aeronautics and Astronautics Outreach Chair, and a Flexus, RISE, aerospace, engineering, honors, and study abroad teaching fellow. She has accepted a job at the Naval Surface Warfare Center in Indian Head, Md.