Sturdy Insulator Made of Wood

COLLEGE PARK-- Engineers at the University of Maryland have created a new material that’s as insulating as Styrofoam, but stronger and much more environmentally friendly.

“This can insulate better than most other current thermal insulators, including Styrofoam. It is extremely promising to be used as energy efficient building materials,” said Tian Li, a postdoc student with Liangbing Hu’s group in the UMD department of materials science and engineering. She was named to Forbes Magazine’s “30 under 30” list of accomplished young adults in 2018.

Wood “conducts” heat along the channels that were used when the tree was alive to shuttle water and nutrients from roots to leaves.  However, heat trying to cross the wood grain is blocked.  With the wood oriented in the right direction, heat could be blocked or transmitted as the designer desires.

To test how much heat was insulated, they measured the temperature on one side of the nanowood, while on the other side of the wood, shining a light in one test and applying heat in another test. The nanowood insulated better in both cases. The wood blocked at least 10 degrees more heat than styrofoam or silica aerogel, which had been awarded the Guinness World Record for ‘best insulator’. The nanowood, which is white, also effectively reflects sunlight.

They also tried to crush it and found that, in one direction, the nanowood was 30 times stronger than commercially used thermal insulation materials such as Styrofoam, aerogel or other foams made of cellulose.

The secret to the nanowood is the removal of lignin, the part that makes it brown and rigid. The team also removed some of the short fibers that tangle themselves in with the cellulose fibers that make up the scaffolding-like base structure of the wood. The aligned cellulose fibers then bond with each other and results in a high mechanical strength.

The team in the US was assisted by Lars Wågberg of the KTH Royal Institute of Technology, in Stockholm, Sweden. This member of the Wallenberg Wood Science Centre helped analyze the behavior of cellulose fibers in the nanowood.

“My research program experiments with nature’s nanotechnology that we see in wood,” said Liangbing Hu, an associate professor in the department of materials science and engineering at the University of Maryland, a member of the Maryland Energy Innovation Institute, and a member of the Maryland NanoCenter. “We are reinventing ways to use wood that could be useful in constructing energy efficient and environmentally friendly homes.” These wood-based nanotechnologies are being commercialized through Inventwood, a UMD spinoff company of Hu’s research group.

The team has made the insulating nanowood in blocks and in a thin, flexible or rollable, form.

Photos of the wood's microstructures were produced in the Advanced Imaging and Microscopy (AIM) Lab, part of the Maryland NanoCenter, which is headquartered in College Park.

The research was published in the journal Science Advances on March 9. 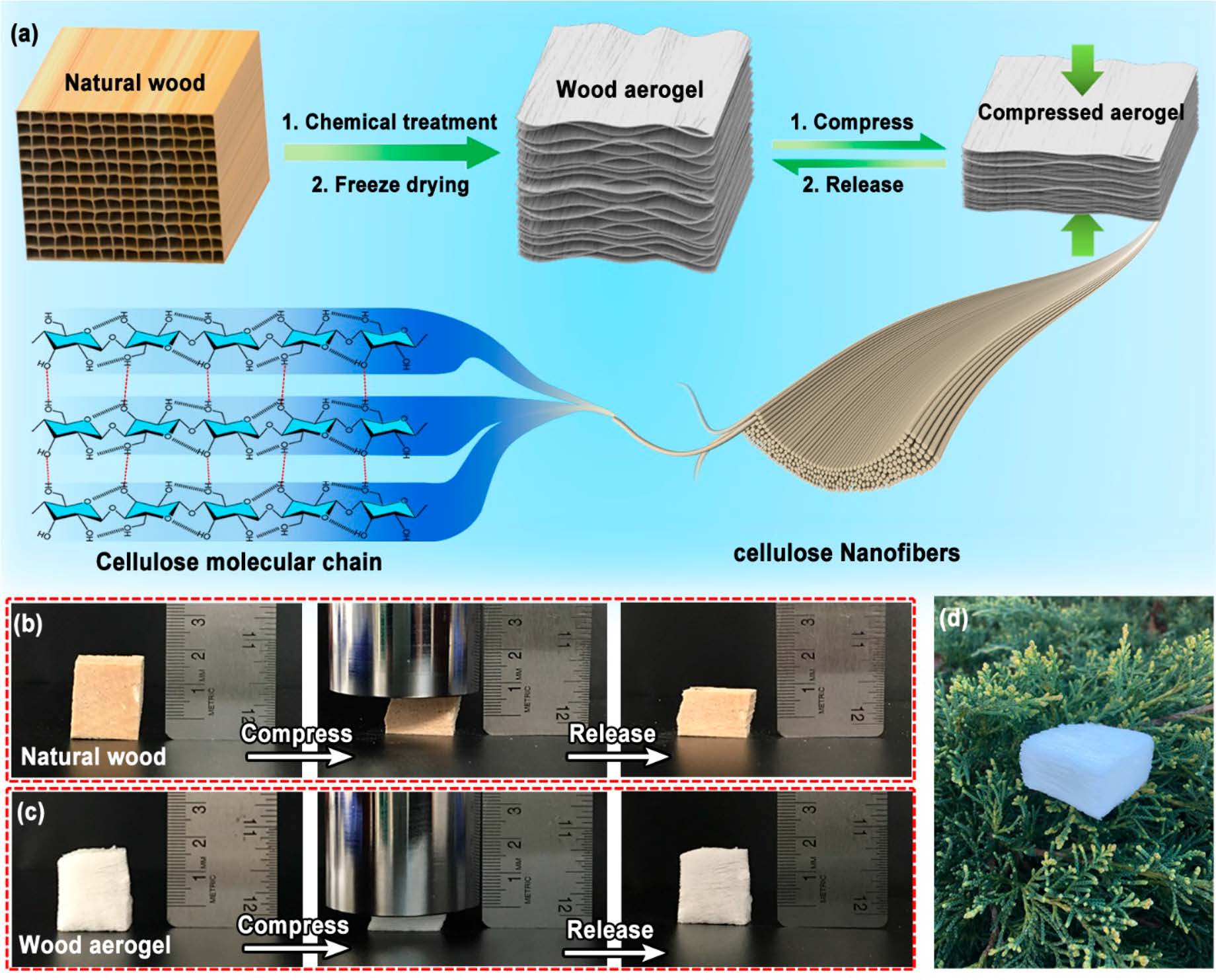