The 2006 Burka Award was presented to Dr. Darryll J. Pines and Dr. Suneel I. Sheikh on April 24, 2007 at the Institute of Naviagation's (ION) 63rd annual meeting in Cambridge, MA during the annual awards banquet. Pines and Sheikh are recognized for their outstanding achievement in the preparation of a paper contributing to the advancement of navigation and space guidance.

"Recursive Estimation of Spacecraft Position and Velocity Using X-Ray Pulsar Time of Arrival Measurements," published in the Fall 2006 issue of NAVIGATION, The Journal of The Institute of Navigation, Vol. 53, No. 3, p. 149

Dr. Suneel I. Sheikh is the CEO and chief research scientist of ASTER Labs, Inc. His doctoral research investigated the use of X-ray pulsars for spacecraft navigation. The research included cataloguing sources with characteristics conducive to navigation, deriving navigation algorithms based upon the pulsed radiation, and developing software to demonstrate the performance capabilities of a pulsar-based navigation system. Before receiving his doctorate, Dr. Sheikh worked for nearly ten years in the aerospace industry, first for Martin Marietta Corp. in its Titan IV launch group in vehicle guidance analysis and later as a scientist at the Honeywell Technology Center in Minneapolis. Dr. Sheikh earned his Ph.D. from the University of Maryland in 2005 and his M.S. in aeronautics and astronautics from Stanford University. He has bachelor’s degrees in aerospace engineering and mechanics and in mathematics from the University of Minnesota.

Dr. Darryll J. Pines is a professor and chair of the Department of Aerospace Engineering at the University of Maryland. He recently completed a three-year tour of duty as a program manager in the Defense Sciences Office and the Tactical Technology Office at DARPA. While at DARPA, he initiated several UAV and navigation programs including Sensor Dart, Long Gun, the X-ray NAVigation and Autonomous Position-(XNAV) and the Nano Air Vehicle (NAV) programs. As a former Department of Energy technical staff member working at the Lawrence Livermore National Laboratory, Dr. Pines developed advanced guidance algorithms for interceptors and the final approach algorithm for the 1994 Clementine flyby mission which was the first probe to discover water near the south pole of the moon. He has published seven book chapters, approximately 50 journal papers, and more than 150 conference articles on topics in structural dynamics, structural health monitoring and vehicle flight dynamics, control and navigation. Dr. Pines graduated from MIT with a Ph.D. and an M.S. in mechanical engineering. His B.S. is in mechanical engineering from UC Berkeley. 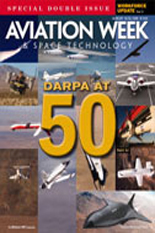 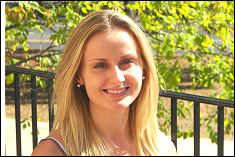 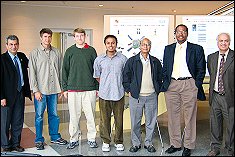 Clark School Innovators Honored with Invention of the Year...