When designing vehicles that travel at very high speeds, engineers must be able to predict how flow fields interact with vehicle surfaces. Particularly critical is the transition between two kinds of flow regimes: laminar, in which the flow moves in orderly, parallel lines, and turbulent, characterized by chaotic movement in many directions.

Turbulent flow causes surface friction and heat transfer to -increase, creating conditions that can lead to degraded performance or even structural failure.

But predicting when and how the transition occurs is difficult, says Dr. Christoph Brehm, assistant professor of aerospace engineering and recipient of a recently announced NSF CAREER grant—considered one of the most prestigious awards available to early-career researchers. Many parameters are involved, including geometry, flow conditions, external disturbance, and the surface texture; moreover, the conditions in which the phenomena occur are nearly impossible to reproduce in a lab.

With $515K in NSF support over five years, Brehm aims to address current gaps in the research concerning flow-surface interactions.

More specifically, his research focuses on how certain surface types—particularly ablative surfaces, which are rough and evolve over time—interact with transitional flows. As part of his research, Brehm will be performing the first-ever simulations of transitional flow interacting with ablative surfaces at the hypersonic boundary layer—that is, the region of airflow that is closest to the surface.

“We want to obtain a fundamental understanding of how realistic non-smooth surfaces affect all stages of the laminar-to-turbulent transition process,” Brehm said. “This has significance to everything from cruise missiles to spacecraft reentry.”

“We want to obtain a fundamental understanding of how realistic non-smooth surfaces affect all stages of the laminar-to-turbulent transition process. This has significance to everything from cruise missiles to spacecraft reentry.”

Advanced computing promises to yield breakthroughs that have hitherto proved elusive due to the inherent limitations of experimental research, Brehm said.

“That’s why it is so important for us to have powerful computational resources,” he said. “We can only make real progress in this area through computation and simulation. Even with a large amount of funding for experimental testing facilities, it’s next to impossible to reproduce the conditions of re-entry into the Earth’s atmosphere, of free flight, or of Mars entry.”

While Brehm will have access to NASA and NSF computing resources, the upcoming Zaratan supercomputing cluster at UMD will be the mainstay of his CAREER grant research. “Having this cluster available is a tremendous asset,” he said. “We can run our code right away and effectively debug newly developed capabilities, as opposed to waiting a week or more for time on a system that’s being shared by many institutions.”

An educational program is planned in conjunction with Brehm’s research. “We plan to set up a summer program in which high school students will have the opportunity to experiment with a user-friendly virtual wind tunnel developed by his research team, interjecting different shapes into hypersonic flow and determining what forces are interacting with the different shapes. The students will be asked to come up with an optimal aerodynamic design meeting certain design criteria.”

One of the UMD aerospace engineering department’s newest hires, Brehm joined the department in 2021; he was previously an assistant professor at the University of Kentucky. Before transitioning to academia, he was a senior research scientist for five years at the Science Technology Corporation at the Advanced Supercomputing Division at the NASA Ames Research Center. During this time, Brehm was one of the main developers of the Launch Ascent and Vehicle Aerodynamics (LAVA) solver framework, and he has employed LAVA to study a wide range of unsteady fluid dynamics problems such as rocket launch environment flows, aeroacoustics noise prediction of a contra-rotating open rotor, jet impingement noise, and more. 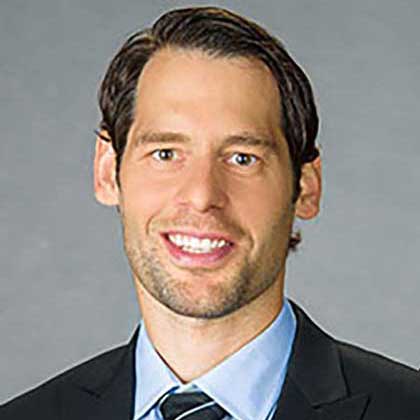