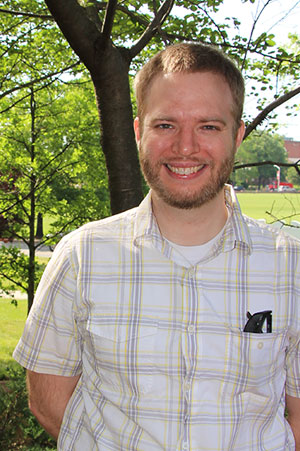 Lind began his Ph.D. program working with Assistant Professor Anya Jones in fall 2011. Lind’s research focuses on the aerodynamics of helicopter rotor blade airfoils in reverse flow—where air travels from the trailing edge to the leading edge. His work is aimed at developing rotor blades for high-speed helicopters that can be used during EMS, search-and-rescue and combat operations.

In addition to research, Lind is passionate about teaching, and he recently served as co-instructor (with Jones) of the ENAE 414 Aerodynamics II course as part of the Clark School’s Future Faculty Program. He also served as co-advisor for two undergraduate honors students who graduated this spring. 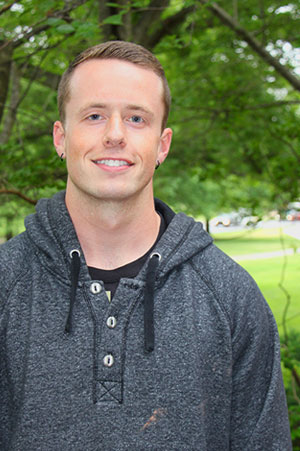 Bogdanowicz started the master’s program in fall 2013 with Distinguished University Professor Inderjit Chopra in the Alfred Gessow Rotorcraft Center (AGRC). His research involves the design, manufacturing and testing of a small-scale unmanned aerial vehicle. The vehicle—that Chris built—allows for maneuverability in hover and efficient forward flight.

Throughout his time at the AGRC, Bogdanowicz has designed and built numerous test apparatus that have allowed for the investigation of low Reynolds number propeller and wing performance and aerodynamic interactions. His experimentation has helped create a unique, lightweight and efficient micro air vehicle.

The winners were announced at the annual American Institute of Aeronautics and Astronautics (AIAA) Student Banquet on May 1, 2015. Bogdanowicz also went on to win the master’s category at the college-level, winning a cash prize of $1000.