This year, university teams were asked to come up with concepts for constructing a solar electric propulsion (SEP)-powered space tug using autonomous robotic assembly. The tug would need to transfer payloads from low-Earth orbit to a lunar orbit.

Out of 29 original submissions for the competition, two University of Maryland teams were selected to compete. During the event, teams presented their final concepts to a panel of NASA experts. 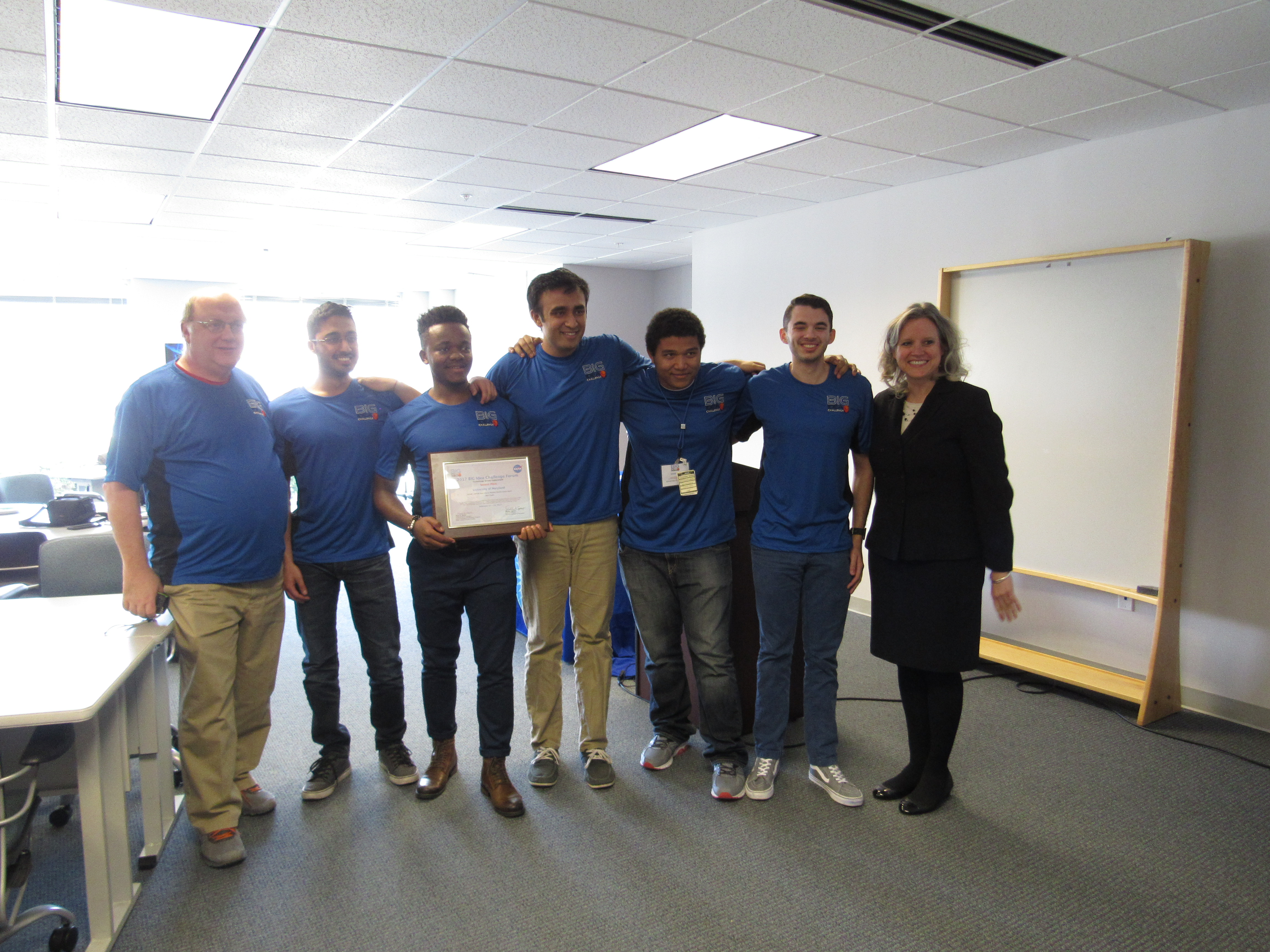 All students on the SMo-FLaKE team are seniors in the Department of Aerospace Engineering's ENAE 483/484, Principles of Space Systems Design course.

The Breakthrough, Innovative and Game-changing (BIG) Idea challenge is an initiative sponsored by the Game Changing Development Program in NASA’s Space Technology Mission Directorate and managed by the National Institute of Aerospace.