College Park, Md. – The University of Maryland welcomes Dr. Olivier Bauchau as the first Igor Sikorsky Distinguished Professor in Rotorcraft. Bauchau brings thirty-plus years of experience in the rotorcraft field to the university. He is a widely recognized scholar in aeromechanics of rotorcraft, multibody and structural dynamics, composite structures, and wind turbine systems.

Supported through an endowment from Sikorsky and United Technologies, the Igor Sikorsky Distinguished Professorship in Rotorcraft is part of the Department of Aerospace Engineering and serves to support enhanced research specialization in areas related to rotorcraft. Sikorsky Aircraft is a world leader in helicopter design, manufacture and service headquartered in Connecticut, and is a subsidiary of United Technologies.

Dr. Bauchau’s work on comprehensive aeromechanics analysis of rotorcraft, modeling of flexible multibody systems involving composite structures, and modeling of rotor lag dampers are pioneering efforts in the rotary-wing field. At Maryland he aims to harness research being done in computational fluid dynamics, aerodynamics, and rotorcraft to contribute to his computational modeling work in both rotorcraft and the wind energy industry.

In addition to an extensive research background, Bauchau brings strong industry and government relationships. He is the architect behind the comprehensive multibody dynamics code, DYMORE, which is widely adopted by companies like Sikorsky and Bell Helicopter, government laboratories such as NASA Ames Research Center and academic institutions. The code is used to model all aspects of helicopter design such as dynamics, aerodynamics, controls, and composite materials.

"It's very exciting to be here," Bauchau said. "Maryland has always had a strong program in rotorcraft, and this professorship sends a very clear signal that Maryland continues to grow and strengthen that area of research."

Bauchau is a Fellow of the American Society of Mechanical Engineers (ASME), and he has authored two textbooks and published 88 archival journal papers and 175 conference proceedings papers. In 2012, he received the Textbook Excellence Award from the Text and Academic Authors Association. Recognized as an outstanding teacher, Georgia Tech twice awarded him their “Thanks for Being a Great Teacher” Award, and during his academic career, he has advised 22 students who completed their Ph.D. dissertations.

The Igor Sikorsky Distinguished Professorship in Rotorcraft is one of many efforts in the long-term relationship between United Technologies, Sikorsky and the Clark School of Engineering to expand Maryland's rotorcraft curriculum, research programs and intellectual capital while being a continuous source for the world's best rotorcraft engineers. 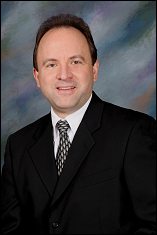