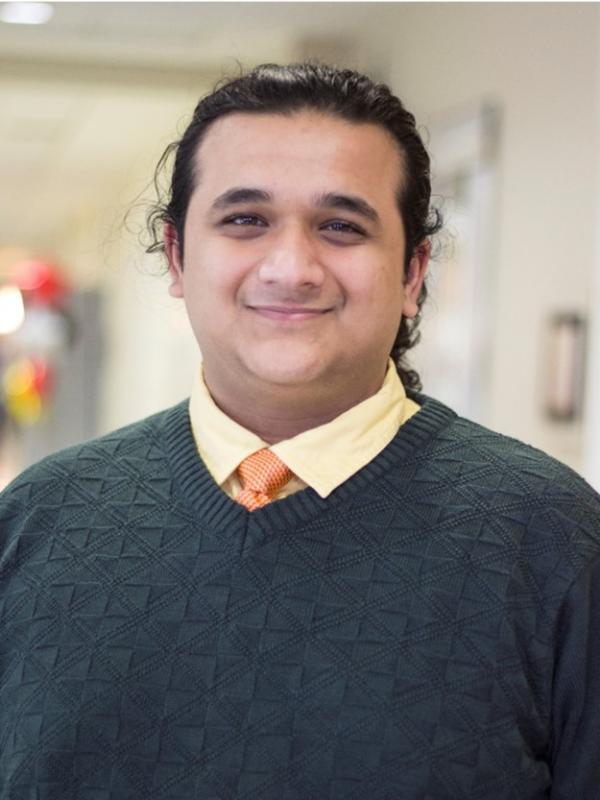 The Aerospace department accepted me and gave me a home away from home.

Shreyas Srivathsan is a junior and an honors student on the air track in the Department of Aerospace Engineering. He has fond memories of his childhood in India where he showed early promise as an engineer. “When I was growing up,” he remembers, “I followed the Indian Space Research Organization closely as they became more active and launched multiple missions. When the time came to make a decision about university, I knew that aerospace was right for me.”

Since his arrival at UMD, Shreyas has been turning his passion into progress, getting one step closer to his goals each day. He spent his freshmen year gaining valuable experience working in the Neutral Buoyancy Research Facility as well as the Autonomous Unmanned Systems Lab. “I learned a lot of basic aerospace knowledge that helped me gain a position working on a project with the Dean as well as with the Balloon Payload Program.” In recognition of his capacity for research, Shreyas was selected as a UMD ASPIRE Scholar this past summer.

Along with all of his research projects, Shreyas has made sure to carve out time to get involved in the larger campus community. He currently serves as President of the Engineering Student Council, he holds an officer position in Sigma Gamma Tau, and he is an active member of AIAA as well as Green Terps.  “I love the people that I get to interact with here at Maryland!” he said.

College life hasn’t been without its challenges, though. As an international student, Shreyas remembers having to acclimate to UMD’s campus. “I was surrounded by new people in a new place where English is spoken more than my native language.” However, it didn’t take him long to adjust. “When I came here for my freshman year,” he recalls, “I was alone and an ocean away from home, but the Aerospace department accepted me and gave me a home away from home.”

Although Shreyas has big plans for his future – he hopes to pursue a graduate degree in aerospace engineering – he is in no rush to leave UMD. “My Maryland experience has been absolutely amazing. I am definitely happy where I am.”